Oath Blood is available as both hardcover and ebook in the DragonScript store!

Also available on Amazon and all major book retailers in hardcover, paperback, and ebook formats. 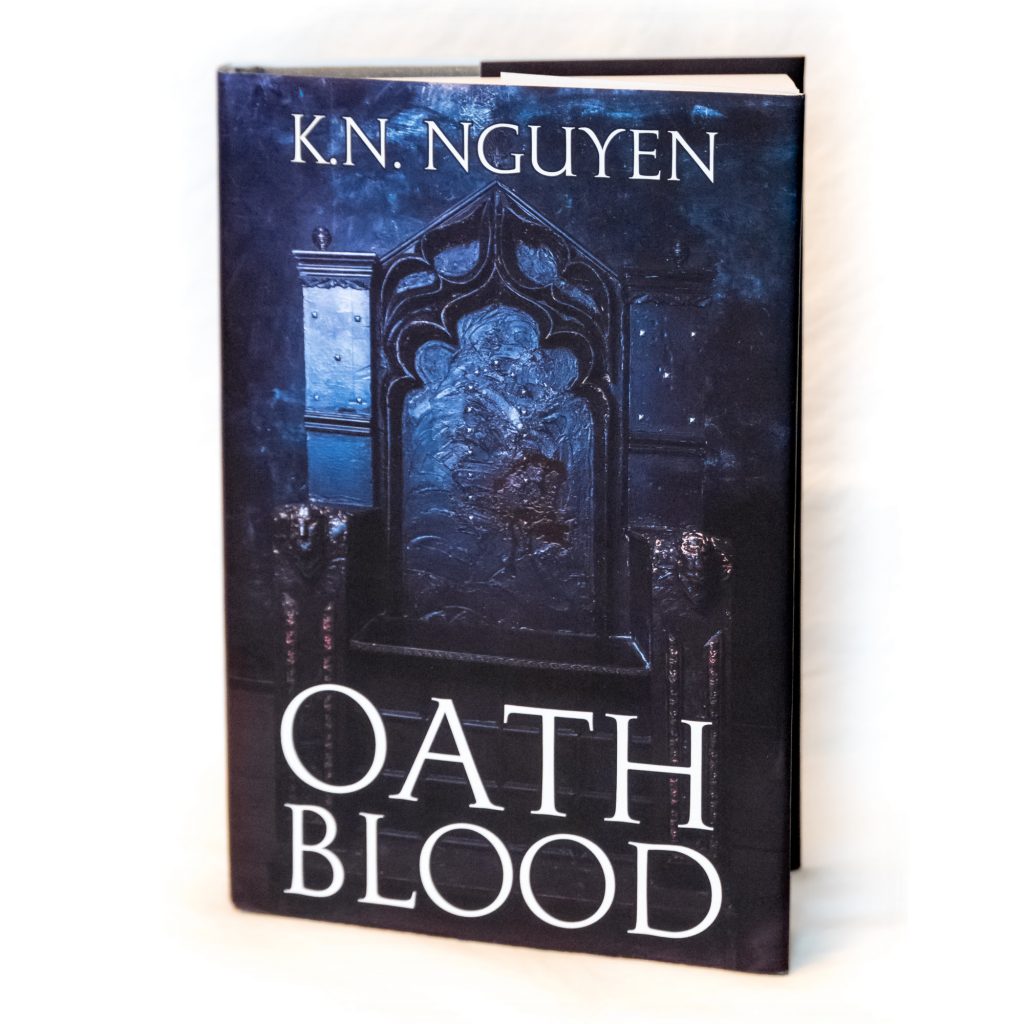 Exhausted, the warriors of Zanir, Alocar, and Xan return to their homelands to heal and bury their dead. Alliances have been broken. Power has shifted. New threats start to emerge in the land of Corinth. Amidst the chaos, previously isolated nations are making their move and positioning themselves to strike. Unseen forces guide their hands, pushing them to attack.

Now that Wyrd is god-blessed, his inhibitions have been all but forgotten as he seeks to usurp Len’s power. Struggling with the shame of his defeat, the young general grapples with maintaining control of his people while keeping his childhood friend in check.

Pharn’s resources are spread thin and its leadership is fractured. Cienna is forced to take up her father’s mantle to try and keep order. However, the danger may not lie from Man, but the gods that walk the earth.

War is looming. No one is safe.